Why We Chose Texas Children's Houston

We have had many people ask why are you going to Houston? Why not just deliver here in Dallas? Here's a little background:

On October 9, after an initial diagnosis from our OB in McKinney and the Maternal Fetal Medicine physician in Plano, we were referred to the cardiologist at Children's in downtown Dallas.  They performed an echo (ultrasound of the heart) on Jude that took about an hour to complete.  At this point we knew there was something wrong with Jude's heart, but no one could tell us what that was.  After the echo, the cardiologist sat us down and began to describe his rare condition of criss-cross heart.  You can read more about Jude's diagnosis here:  Jude's Diagnosis

After giving us the basics, she told us she recommended a second opinion at Texas Children's in Houston and gave us the name of the cardiologist she wanted us to see.  She was very honest and forthright in that criss-cross heart is something she had never seen in utero before, but had seen in babies after they were born.  She also suggested we go home and research the statistics between the different hospitals as far as cases seen and successes. 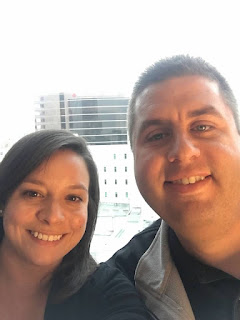 A few weeks later, on October 31, we had another echo and meeting with the cardiologist at Texas Children's in Houston.  She confirmed the diagnosis given to us by Children's in Dallas (and gave props to the Dallas cardiologist for making the correct diagnosis since it's so rare).  Again, she was very honest and forthright, letting us know that either hospital was well-rated and would be good for Jude.  It was up to us to decide where we wanted him to be born.  Our nurse coordinator was able to give us a tour of the Neonatal Cardiac ICU (CVICU) and able to answer all of our questions.  In the end, we had to base our decision on facts, but also where we felt the most peace.  Here were some items we took into consideration when making our decision:

1. Not gonna lie, this was a big one.  Texas Children's in Houston is ranked as the #1 Cardiac Hospital in the country for kids.  They see about double the cases that are here in Dallas.  Their surgery outcomes are some of the best in the nation.  And in the words of our cardiologist, "We are a factory, and what you want right now is a factory."  Meaning, they see so much of so many things, with Jude he won't be an anomaly or unique.  They are performing all sorts of innovative and cutting-edge surgeries and procedures here.  The number of surgeries performed at Texas Children's were double what Children's in Dallas is doing.  And their outcomes were slightly better than the ones in Dallas, causing us to lean toward them from a factual standpoint.

2.  At Texas Children's, Jude and I will be able to be at the same hospital.  He will be born at one tower, then whisked over to the CVICU after birth in the other tower.  Jas will be able to go with Jude immediately and later that day (once I'm awake from surgery and can physically make it over), I'll be able to visit him.  In Dallas, we would have to be at two separate hospitals and it would be the next day or later before I would get to be with him.  Also, making it hard on Jas to be with both myself and Jude at the same time.

3.  Texas Children's is in the middle of the Texas Medical Center in Houston.  It's a collection of over 20 hospitals with thousands of employees, the largest medical complex in the world.  We felt comforted knowing that if Jude is born and has other issues we aren't aware of, that someone nearby would be able to offer him the support and resources needed.

4. Finally, we just felt a peace about delivering in Houston.  It's definitely not the easier solution, but we want the best care for Jude and felt like this is where we needed to be to get that.
Posted by Misty at 10:14 AM