So I'm a couple of weeks late, but I wanted to share with everyone about the drive-through Christmas lights we went to while in Houston.  During the day Jude and I had spent the afternoon at the hospital doing all his tests and seeing the doctor, so we wanted to have a celebratory family outing! After looking at a couple of different options for things to do that evening that were 1) socially-distant and 2) would keep Jude entertained, the vote went to Rudolph's Light Show.  Houston has several different drive-through Christmas lights, but this was the original according to the Internet, so we decided to go with it.

It's located at 19623 Bauer Road, Hockley, TX, which is about an hour from the Medical Center.  It was rush hour, so traffic had some spots that were slowed down, but it really wasn't too bad.  You can tell that a lot of people are still working from home based on how much lighter the traffic is during rush hour.  The lights open at 6:30 p.m. and we arrived not long after that.  Since it was a weeknight and the beginning of the holiday season, they weren't very busy. But based on their car lanes and organization, I imagine it gets pretty packed on the weekends.  There were signs at the beginning to tell you which radio station to turn to for the music.  We purchased our tickets online (you pay by car), so received a little bit of a discount that way.  We just showed them my phone and they scanned the barcode and let us in. 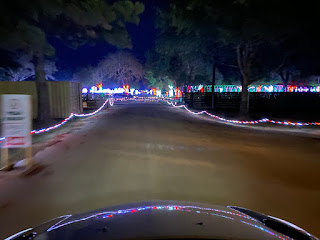 The speed limit was 6 mph, so we were able to unbuckle and the kids took turns sticking their head out the top to see the lights. 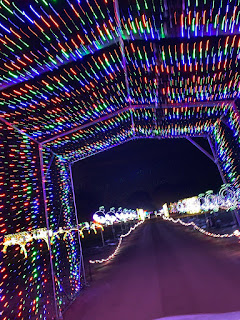 They had several of these tunnels that were so pretty to go through! 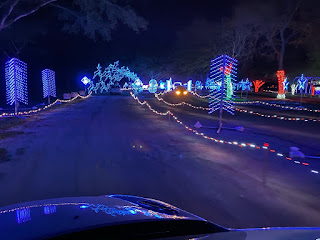 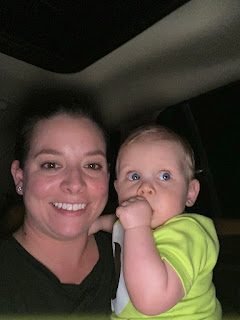 For Jude, we rolled down the back window and let him look out.  He was a little unsure with all the sights/sounds at first, but he warmed up to it after a few minutes. 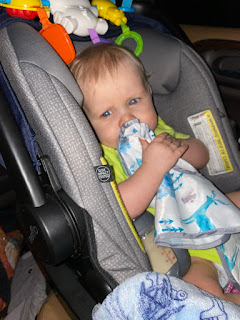 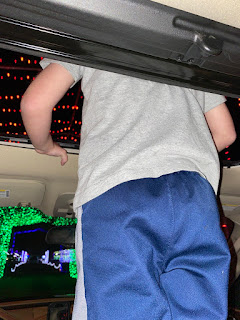 Josiah thought it was fun to stand on the console and stick his head out the top, but only for a minute. 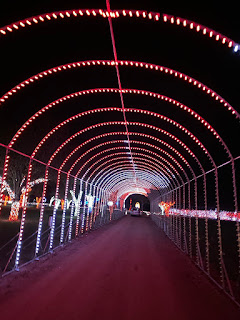 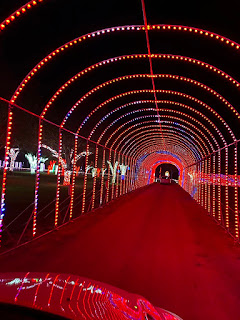 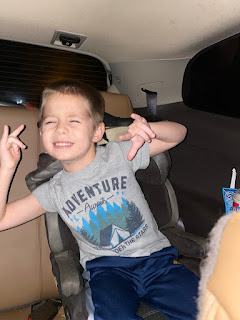 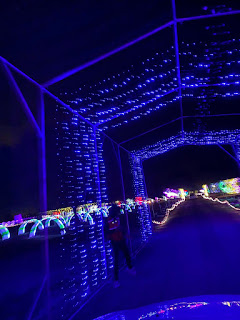 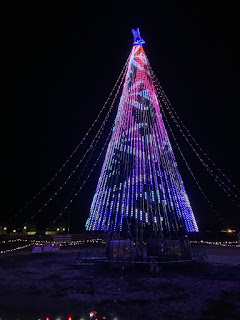 This tree was my favorite part.  The lights would move/dance with the music and it was very impressive! 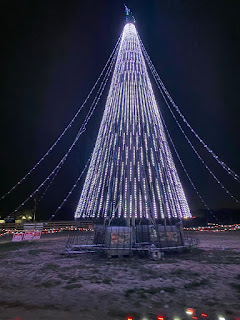 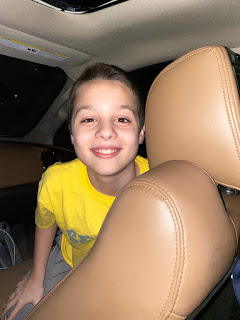 After we went through, they were offering a free 2nd look, so we said sure!  We had to exit, go down the highway a bit, and re-enter, but it didn't take more than a couple of minutes.  Back again! 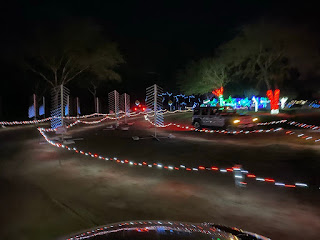 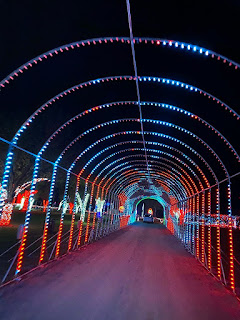 It took us about 15-20 minutes to drive through each time, but I imagine when they are busier it would take longer.  We have done drive-through lights before, both when Alex was a baby and Josiah was a toddler and they turned into disaster outings (i.e. screaming children for 45 minutes). But this time it was a really fun outing!  I would recommend going during the week right when they open to help with the crowds if you have littles that don't like to wait. Also, there wasn't a whole lot nearby to pick up to eat, but we ordered pick-up from Cyclone Anayas closer to our hotel.  It's one of my favorite Mexican restaurants in Houston (LOVE their crab nachos).

After the day of virtual schooling, Jude's doctor appointments and this outing we were tired, but so thankful for the family memories we got to make together.  And thankful that we would get to go home the next day!