We are back from a day of enjoying our first outing as a family of 5!  We have been searching for activities in which we can be socially distant, and also something where we could stay relatively cool (because it's August and it's Texas...) So an outing that happened to be two hours from us that fit all of these criteria - Fossil Rim Wildlife Center in Glen Rose.
The Fossil Rim Wildlife Center is an endangered species research and conservation center which currently allows self-guided tours in your vehicle around the 7.2-mile Gosdin Scenic Drive. Since we would be staying in our car the entire time and the only contact we would have is upon entering to have our phone scanned, we felt comfortable with this outing with Jude. There was a bit of line waiting to enter the park, but it went pretty quick and "Africa" by Toto came on right as we were entering, which seemed appropriate 😀 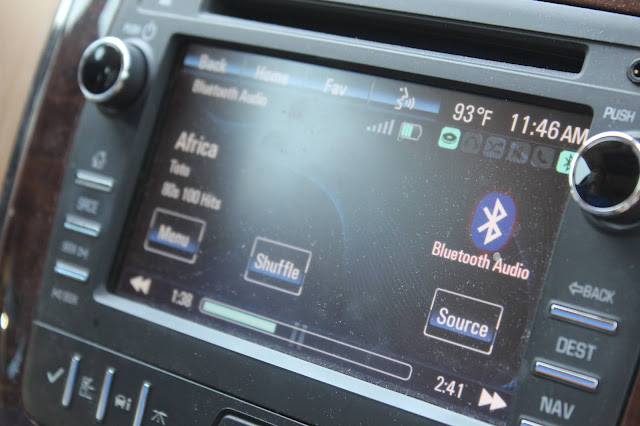 During Covid-19, they require that all tickets be pre-purchased online.  Once you choose a date to visit, you select an hour window in which you can enter.  Pricing is $24.95 for guests ages 12 and older and $19.95 for guests 3-11. Anyone younger than 3 is free. Admission includes a Species Identification Guide and a bag of food to feed the animals.
Our first animal sighting was the Common Wildebeest: 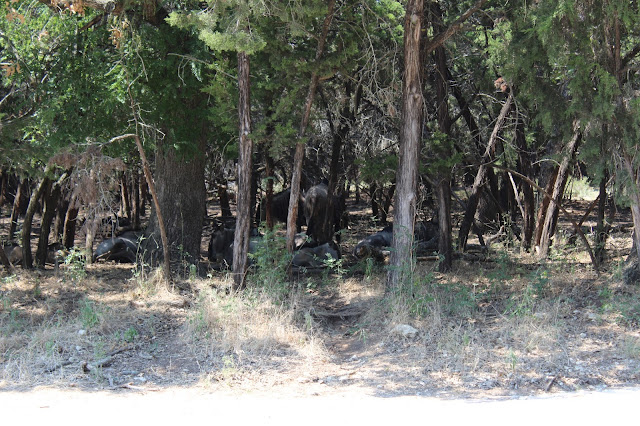 Meanwhile, we were being followed by a very hungry and determined ostrich.  He was NOT in a good mood and we had already seen him pecking at someone else in their car, so we tried to keep our distance and the windows went up when he walked by 😂 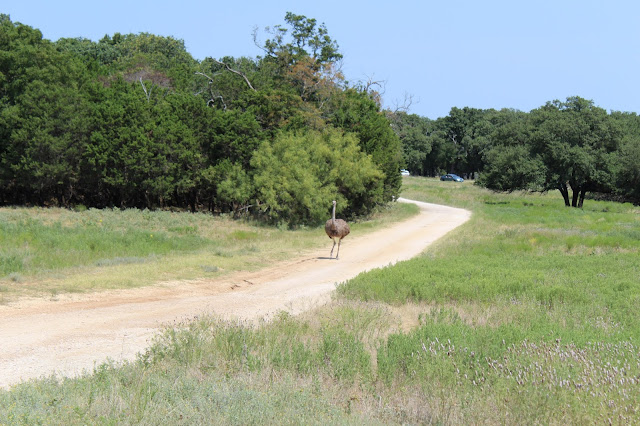 Next we passed a group of Blackbucks, who were small with beautiful horns: 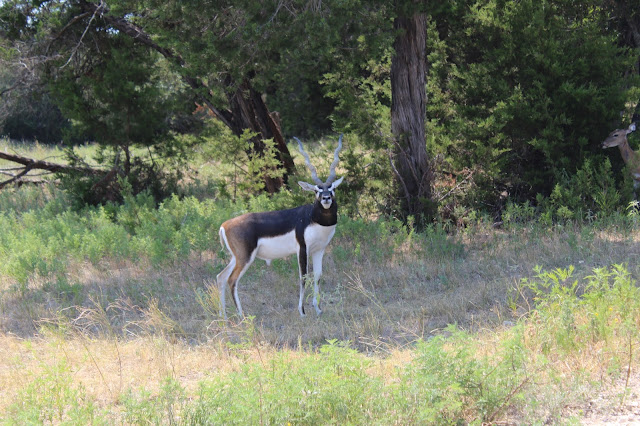 On the other side of the road was a group of Arabian Oryx: 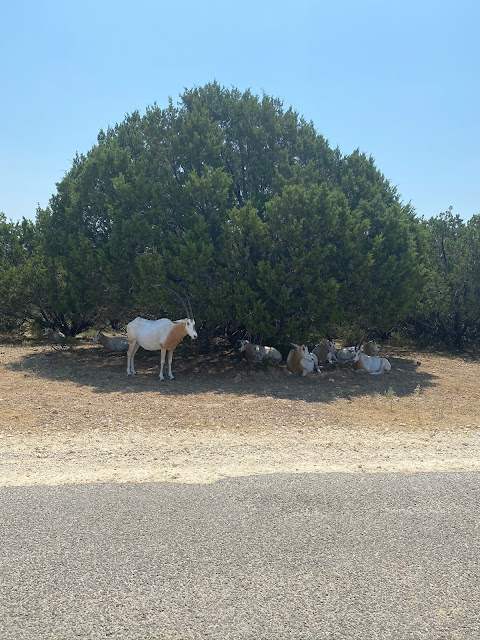 Of course we had to get a few photos of the animals inside the car!  (Going to go ahead to put a note here that the speed limit inside the park is 15 mph and you can only go one way, so we allowed the boys to unbuckle and look out the open windows). 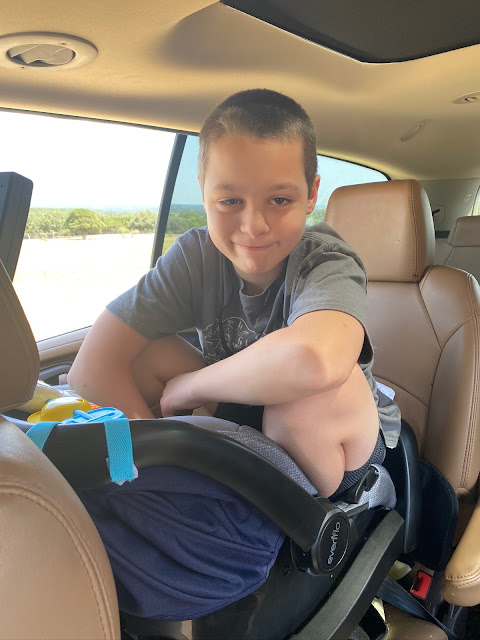 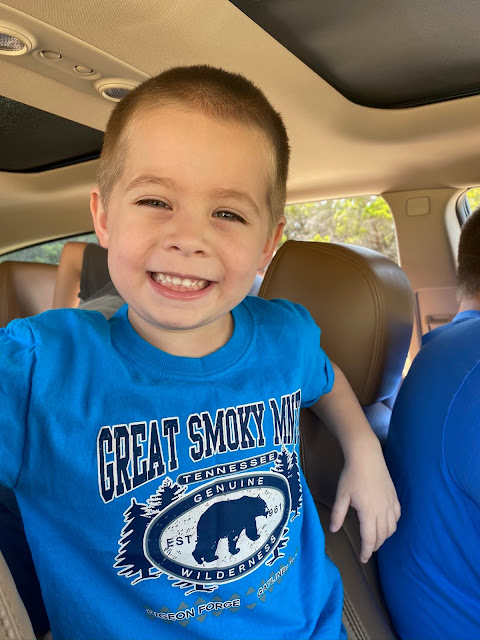 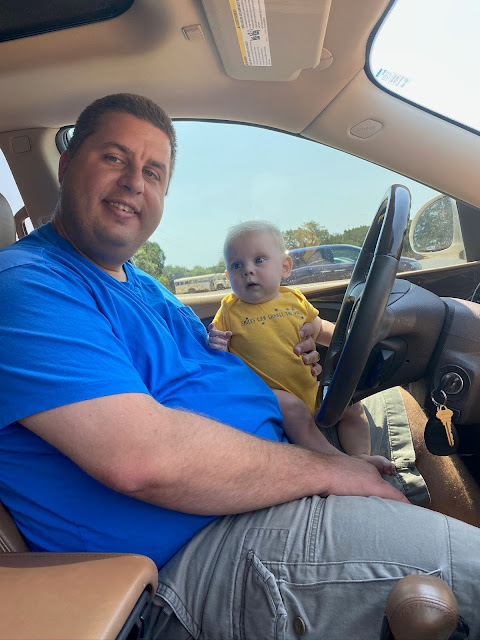 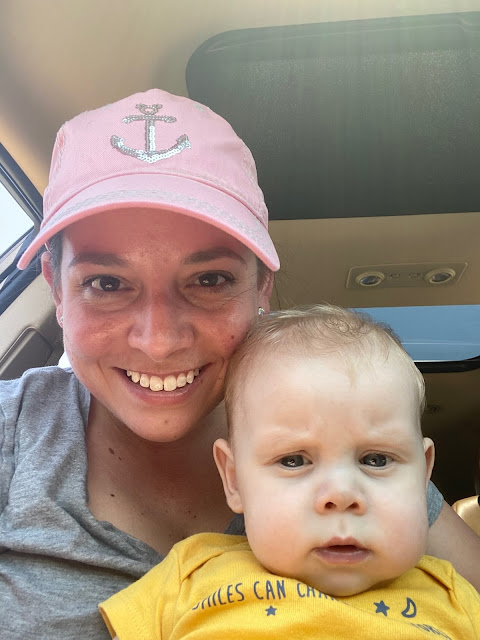 Halfway through the drive, we stopped at the Overlook area for a potty break. The area immediately following the Overlook is the Giraffes!  They were the only animals that you are allowed to hand feed; however, when we went by they weren't feeling very hungry.  They are so beautiful though!  And the baby is so cute 😍 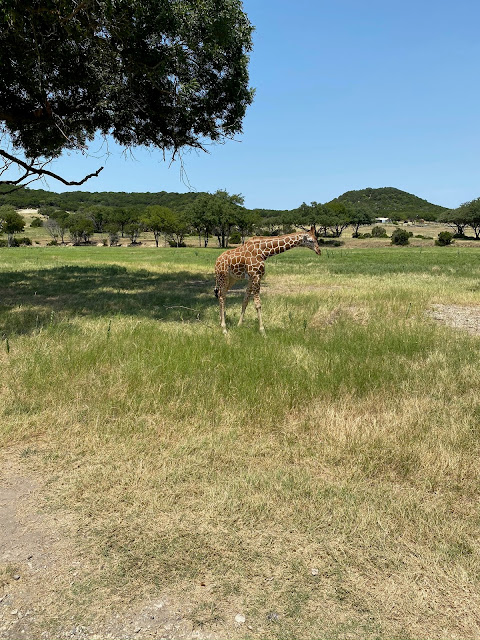 Up close and personal, we got to see the Hartmann's Mountain Zebras: 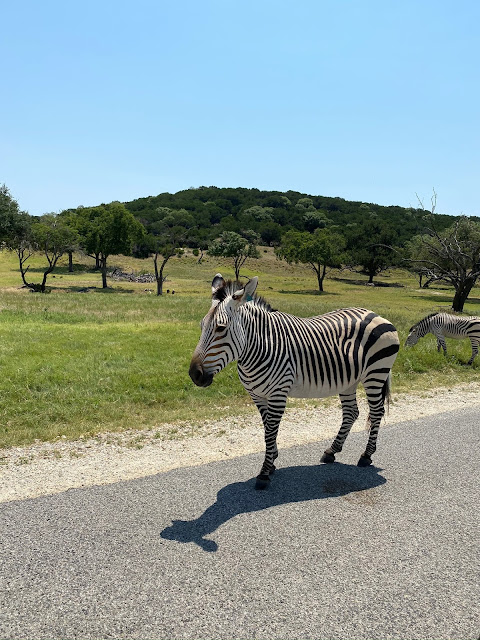 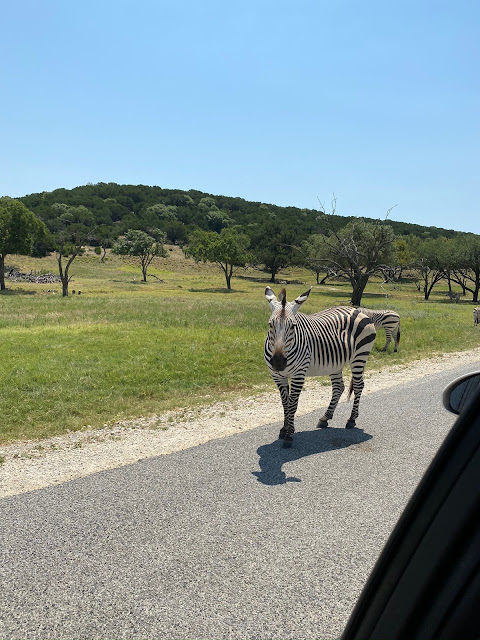 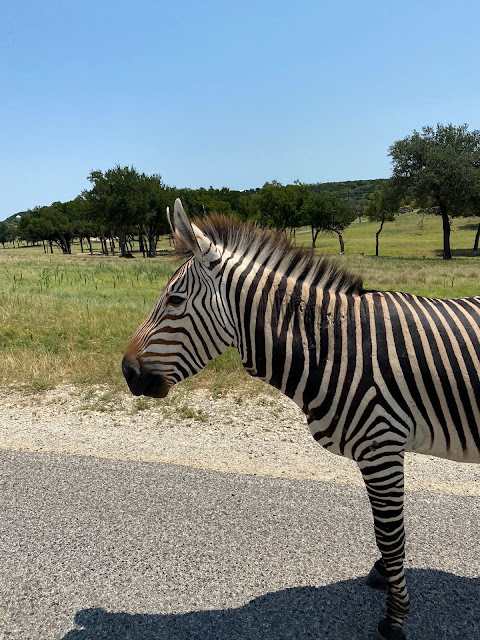 An animal I had never seen before: Aoudad - They have very unique eyes that are really yellow and pretty, but I wasn't able to get a good photo.  They were extremely close to the car though and the boys threw them the last of our food. 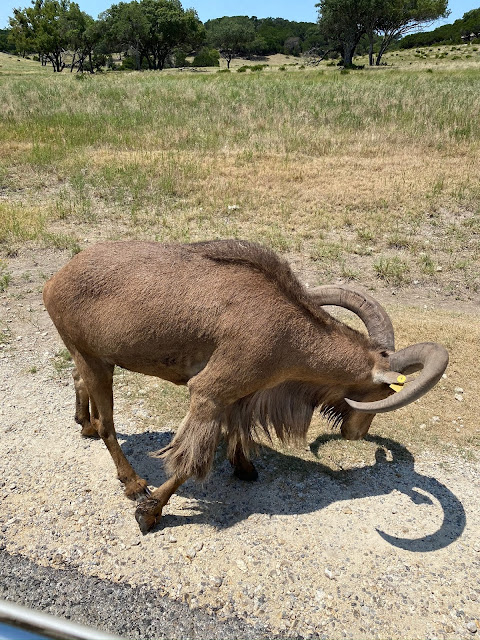 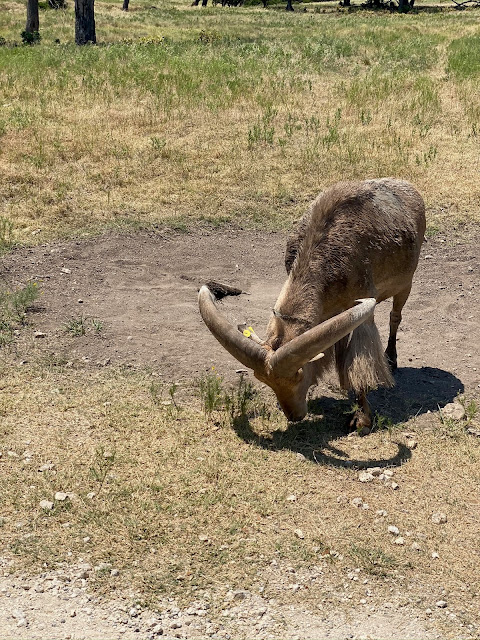 One of the last sections was the Cheetah Habitat, which the boys were really excited about (until they realized they wouldn't be running around 65-mph). Instead, they were lazing about in the shade: 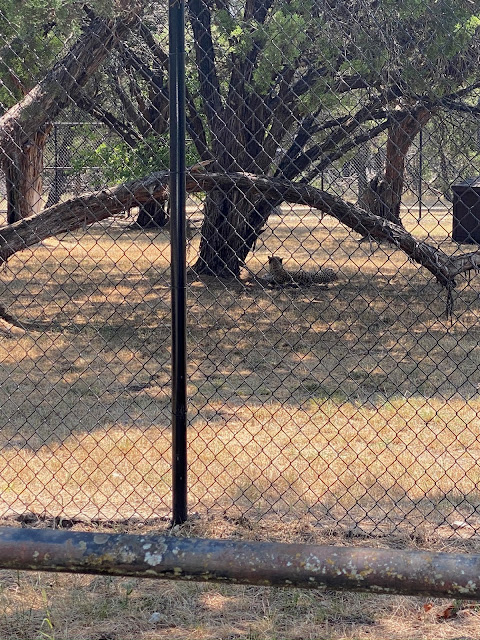 Some other animals that we also saw, but I didn't catch photos of were:  American Bison, Fallow Deer, Emu, Sable Antelope, and Southern White Rhino.
By the end of our drive the boys declared they were HUNGRY and didn't seem very interested in the animals anymore.  Glen Rose is a small town (Population 2,444), but they had several fast food places.  We did the drive-through at Burger King, which satisfied everyone's hunger pangs, then headed home.
It was a great day outing for our family that was family- (and baby-) friendly, while still allowing us to maintain the safety measures we need during this time.  If you looking for a fun outing for your family that allows you to enjoy the AC and the outdoors at the same time, we highly recommend Fossil Rim!
Here is the website if you would like more information about Fossil Rim Wildlife Center:  https://fossilrim.org/
Some notes/helpful tips:
Posted by Misty at 8:47 PM